We take advantage of the properties of the different types of light in an interplay, which gives therapists some new treatment options.

The therapeutic and healing effects of laser therapy were first discovered in Budapest, Hungary in 1967, by Professor Endre Mester, while conducting experiments on lab rats.

The purpose of the experiments was to research the effects of laser on rats with skin cancer. He shaved the rats, made a small incision, and applied cancer to half of the rats.

The results were different than expected. The cancer cells were not affected, however, Professor Mester noticed that the wounds from the incisions healed significantly faster on those rats that had received laser treatment, compared to those in the control group. 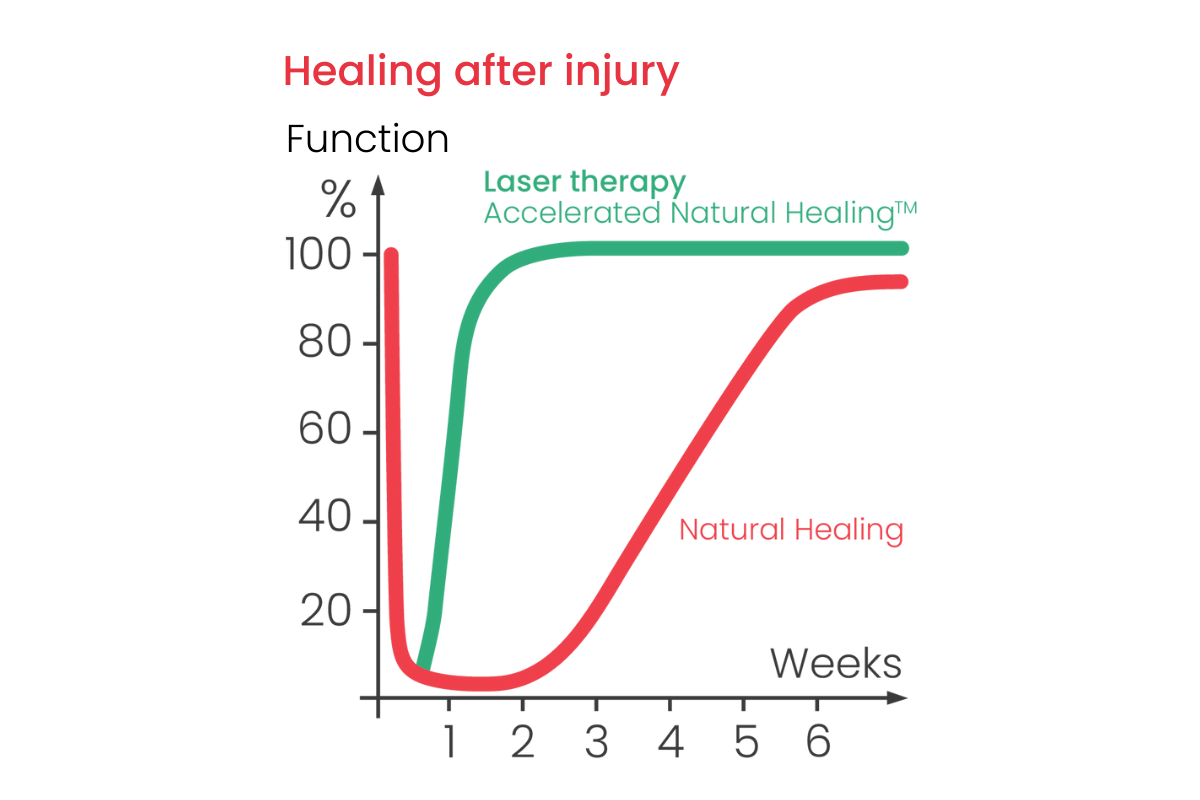 How does laser therapy work?

Laser therapy is based on the following principle from the world of physics: Energy cannot be created or destroyed. Instead, energy can transform and can be transferred from one object to another.

With laser treatment, the energy from the laser light is transferred to the cells in the body where it can be used as fuel. With its unique characteristics and energy, the laser light penetrates deep into the tissue, into each individual cell and every little mitochondrion, where the energy is absorbed and thereby transferred.

This way, the cell gets the energy to perform the tasks that it is already programmed to do, including the body’s natural healing process.

If, for instance, you apply laser energy following an injury, the result is an acceleration of the body’s natural healing process. An example of this, a sprain, is illustrated in the diagram “Accelerated Natural Healing”. 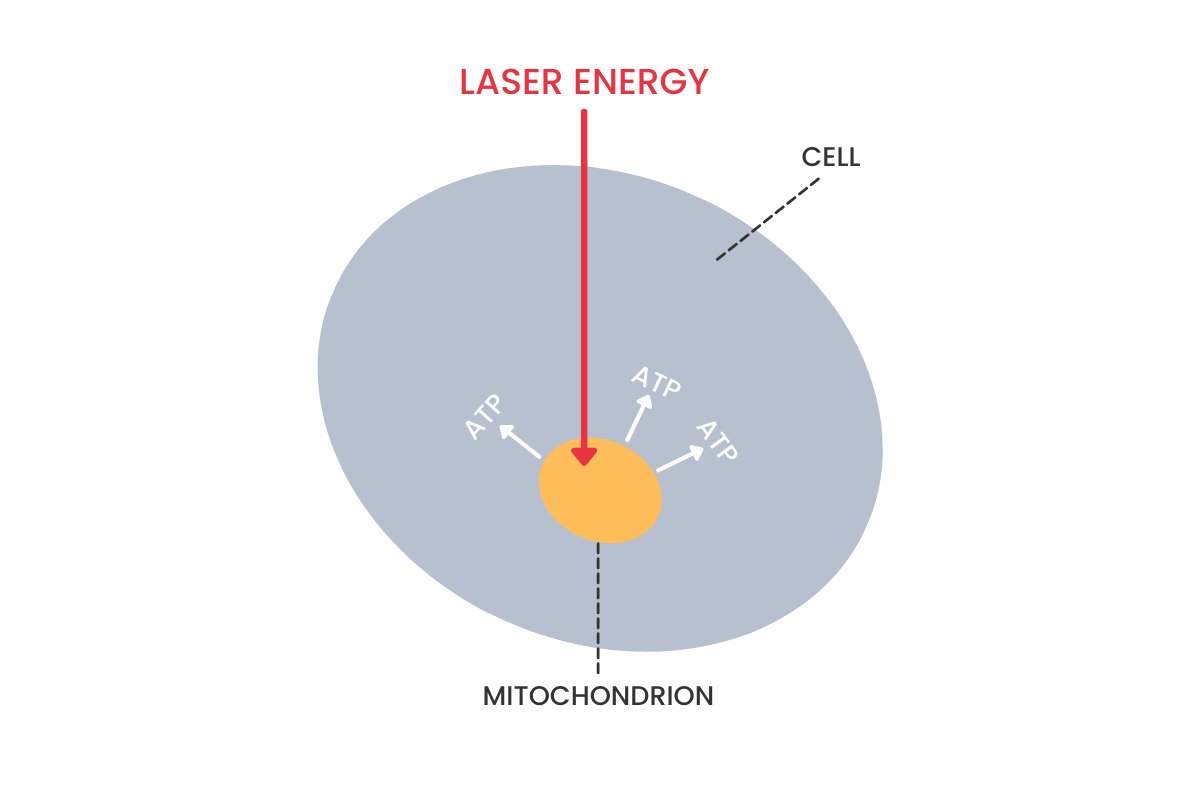 Most of the cells in our body contain one or more small units called the mitochondria. The mitochondria’s function is to produce fuel for the cell, ATP, with the help of the glucose in our bloodstream. ATP stands for Adenosine Triphosphate that the cell uses when it performs its tasks.

Every injury to the body, acute or chronic, leads to an energy deficit, which is characterized by a reduced production of ATP. This situation has been re-created in the lab where living cells were put under “nutritional stress”, i.e. they did not receive nutrition during a certain period of time. This leads to an imbalance in the Na+/K+ (Sodium/Potassium) pump and the electric membrane potential, as well as a reduction in the mitochondrial production of ATP.

By adding laser light – and nothing else – it has been demonstrated that all parameters have normalized, including an increase in the production of ATP to 100%.

The principle of Accelerated Natural Healing™

Laser therapy is based on the principle of Accelerated Natural Healing, which is reflected in the following features and benefits:

All these factors, which have been documented in thousands of scientific studies over the past 35 years, lead to what we call: Accelerated Natural Healing™ 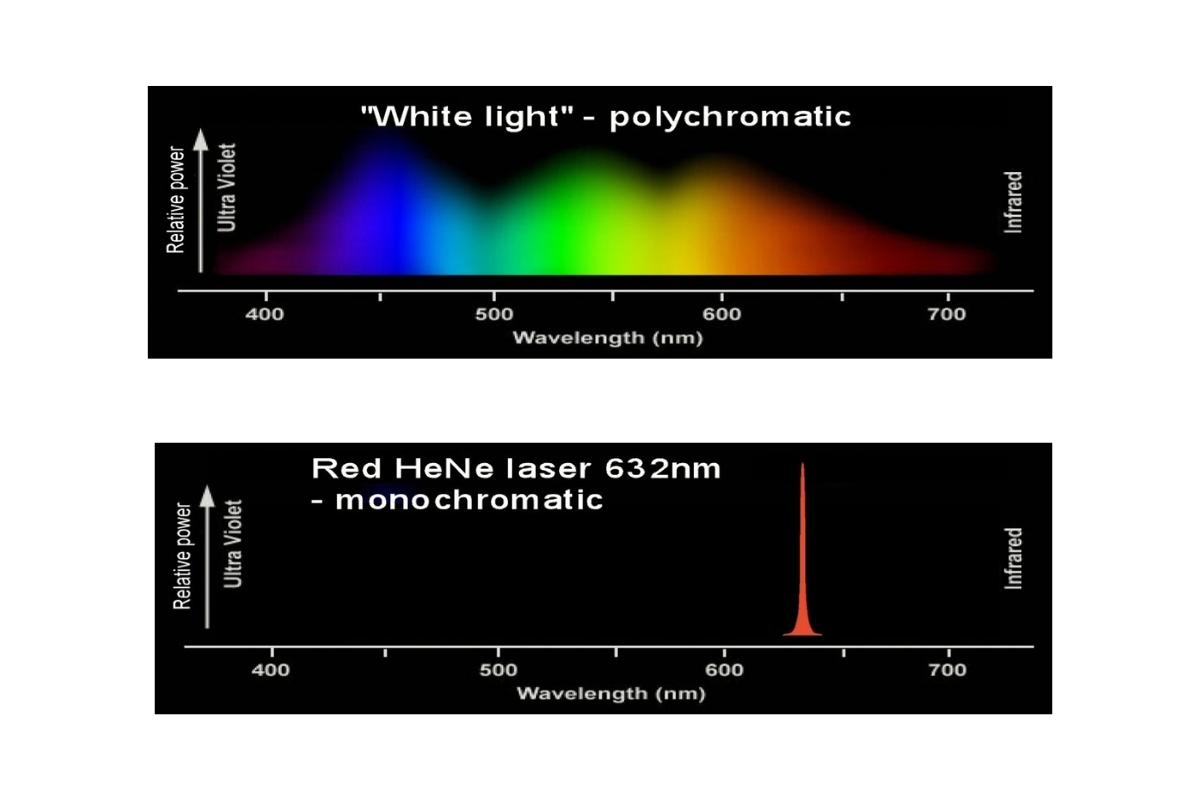 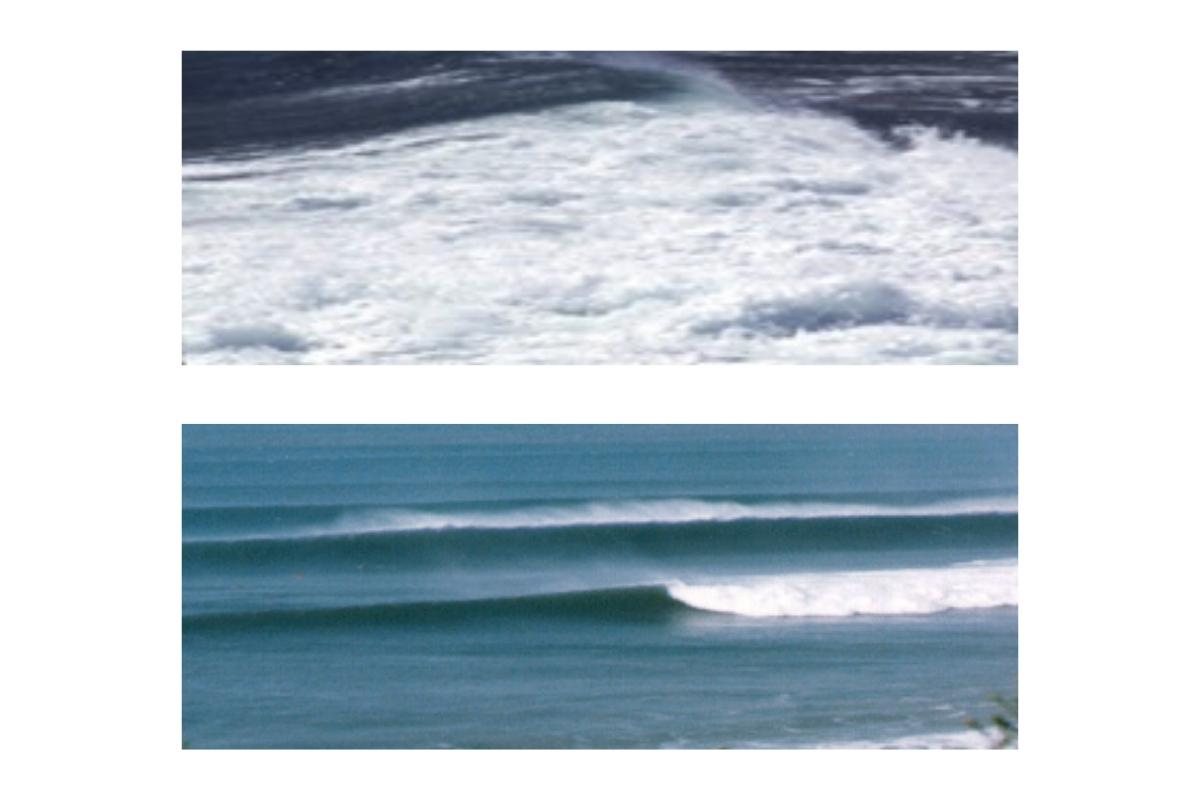 The word “LASER” is short for Light Amplification by Stimulated Emission of Radiation. In their book “The New Laser Therapy Handbook”, Tuner and Hode mention the interesting fact that the original thought was to use the word “Oscillation” instead of “Amplification”. However, this, unfortunately, would have resulted in the word “LOSER”.

Laser is, then, amplified light. The laser beam can be within or just outside the spectrum visible to the human eye, but only at one wavelength at a time. The European standard IEC 601 describes laser this way: “Any device which can be made to produce electromagnetic radiation in the wavelength range from 180 nm to 1 mm primarily by the process of controlled stimulated emission”.

Laser light is monochromatic, which means that it is emitted at only one wavelength, as opposed to sun light, for instance, that spans several wavelengths/colors – this is easily seen when a rainbow appears while rain and sunshine are present at the same time.

Laser is also coherent, which means that the wavelengths are emitted in phase, in other words, they occur at the same time and put out more power. A way to illustrate this is by looking at the difference between the power of ripples in water and the power of large, synchronized waves.

This makes them suitable for penetrating underlying tissue with a greater effect than sunlight or the light from a flashlight, which are non-coherent light sources.

While there is a wide range of indications for the use of laser therapy, there are also a few contraindications to be aware of.

However, each contraindication should, completely in line with each specific treatment, be assessed professionally in relation to the patient, so as to avoid unintended side effects.

There is currently no documentation indicating that laser therapy would be harmful to a pregnant woman or her baby.

However, just to be safe – and to prevent any liability issues in the unfortunate case that complications should arise in the pregnancy – we do not recommend treating your patient with laser therapy if she is pregnant.

Most countries have strict regulations as to which practitioners and specialists are authorized to treat cancer. Therefore, you should not use laser therapy on a patient who has cancer, or is suspected to have cancer.

Research is being done, though, with laser therapy and cancer, and in time we will see whether laser therapy could be a supplement in the pain management for terminal cancer patients.

Note: Pacemakers are only contraindicated if the laser energy is combined with electric or magnetic impulses. Besides warmth, lasers from PowerMedic only deliver laser (= light energy). Light is not known to harm objects enclosed in metal.

Birth marks and tattoos are not necessarily contraindicated, however, you should be careful. The dark colors are likely to absorb the laser energy, which can create some uncomfortable heating. We recommend treating next to a birth mark or tattoo (instead of directly on top of it), or holding the laser with some distance to the skin to start with, and then adjust the intensity based on feedback from your patient.

If you want to know more about laser therapy, you can click on the various topics below and read more. 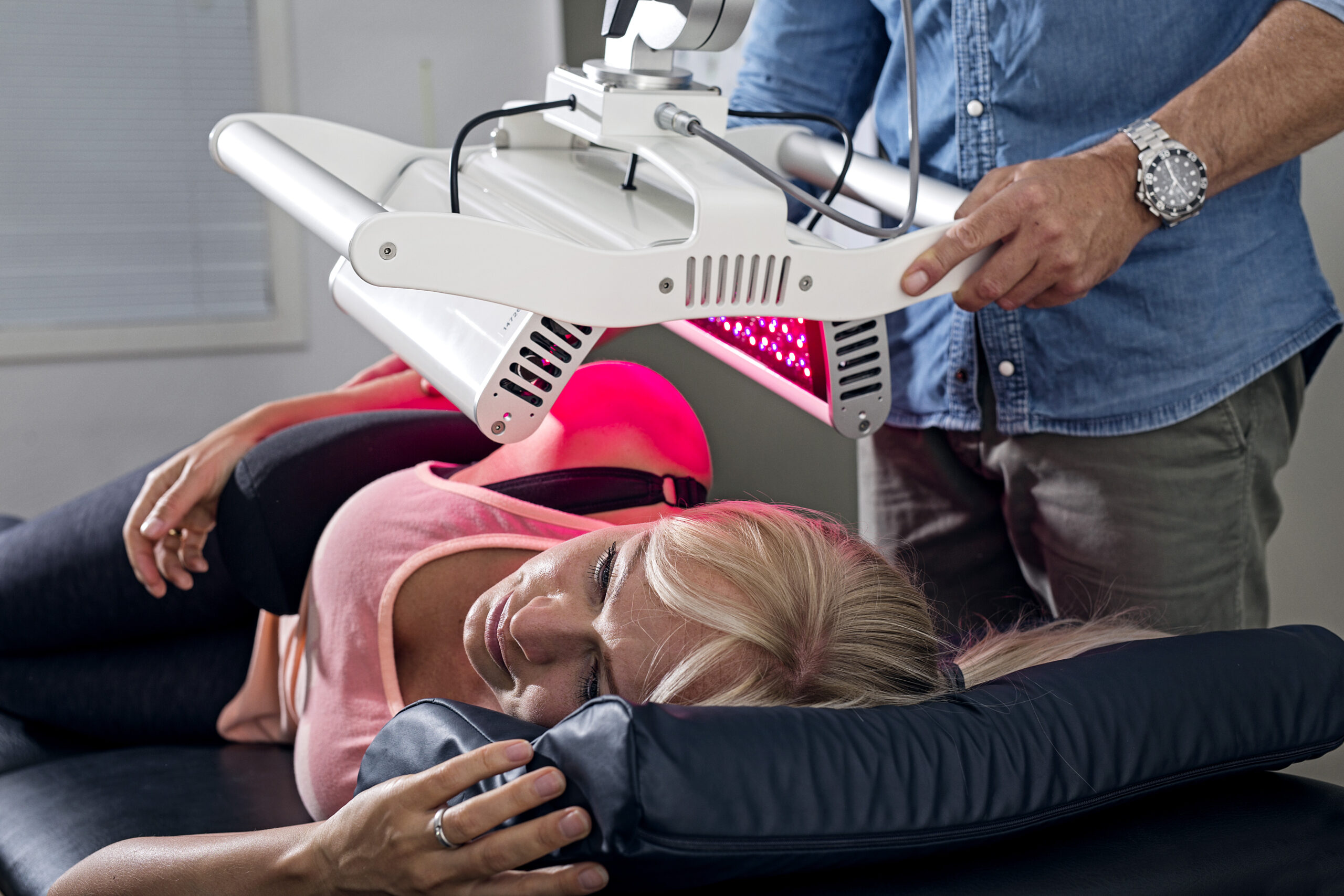 Can you apply too large a dose of laser therapy?

“The more the better” – but is that really how it’s connected?

A combination of wavelengths for even better treatment

Laser therapy as an alternative to medicine

More is always better or what? Not always when talking about laser therapy 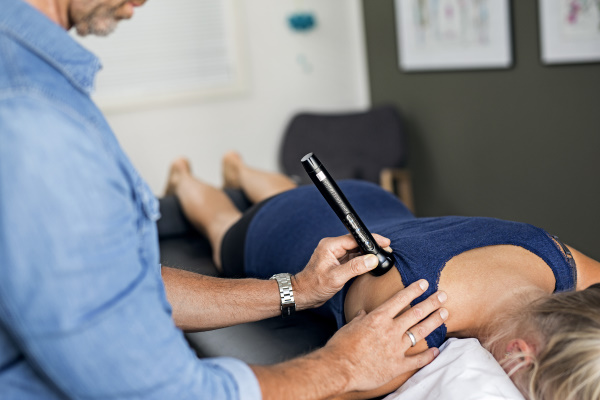 Pain relief with laser therapy has no known side effects